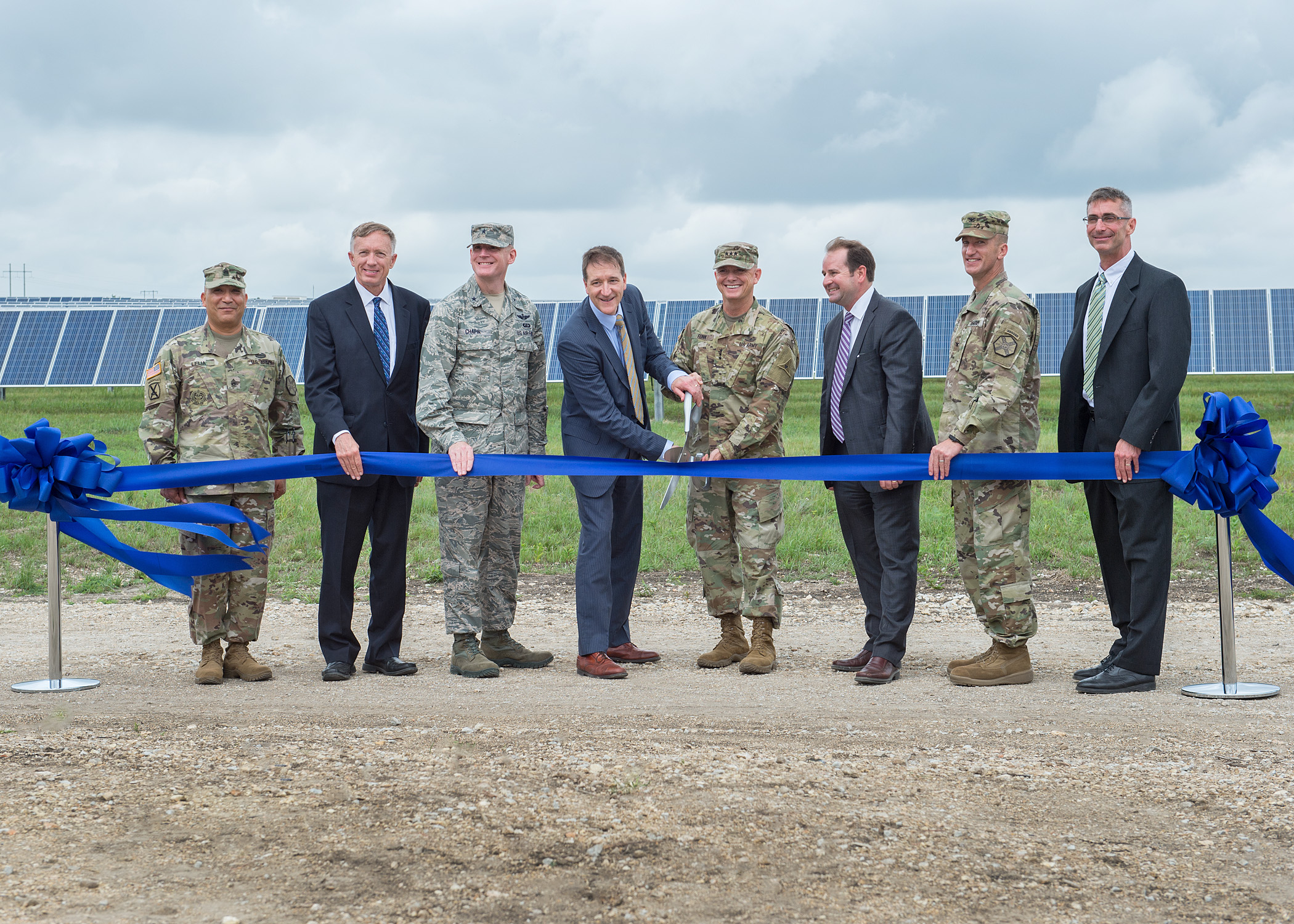 Fort Hood is the largest active-duty armored post in the U.S. military, with an annual economic impact to the Texas economy of over $35 billion. Fort Hood directly employs over 60,000 people and indirectly impacts over 140,000 jobs. The innovative deal structure includes the creation of a new retail electric provider. ACE Power, a subsidiary of Apex, will deliver 100% of the energy required by Fort Hood through three substations. The design includes microgrid-ready capabilities, providing the ultimate energy security of independence from the grid as necessary.
Apex President and CEO Mark Goodwin joined with senior military officers and civilian leaders in a ribbon-cutting ceremony to commemorate the partnership and unprecedented project, including representatives of the Defense Logistics Agency Energy (DLA), the U.S. Army Office of Energy Initiatives, and the Fort Hood Directorate of Public Works.
"Clean and reliable renewable energy can help make our military bases stronger, more robust, and more adaptable to the threats of a changing world," said Goodwin. “The vision shown here will be increasingly recognized as other bases and branches of our military seek to replicate the economic performance and energy security provided this project.”
The Honorable Richard G Kidd IV, deputy secretary of the Army (Strategic Integration), spoke about the mission compatibility of the project. “This project will help sustain Fort Hood’s vital missions, assure access to an important resource supply, and bolster an already impressive portfolio of alternative and renewable energy projects in the Army,” Kidd said. “But most importantly, this project is a step towards energy security and resiliency, which underwrite the Army’s unique ability to rapidly deploy, employ, and sustain military forces around the globe.”

Apex Clean Energy builds, owns, and operates utility-scale wind and solar power facilities. Apex was the U.S. market leader in 2015 and has brought nearly 1,700 MW online over the past two years. With a team of over 200 professionals and the nation’s largest wind energy project pipeline, Apex is a leader in the transition to a clean energy future. For more information, visit www.apexcleanenergy.com.